{ All About The Mouse Party } 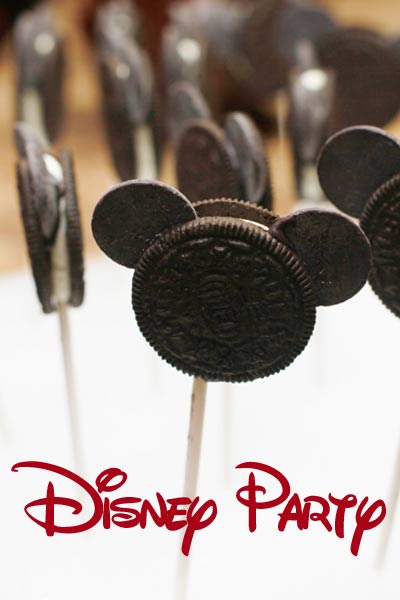 As I've mentioned before, I have monthly, themed game nights.

Last night was this month's.

Since returning from The Magic Kingdom in September, I've been a little obsessed with Disney. A little, as in, 4 orders to the Disney Store in a week's time.

Anyway, it was a no-brainer that one of the game nights had to be Mickey/Disney themed. Luckily, I had no set plans for November. Kismet.

I've mentioned my parties take anywhere from a couple hours to months to prep for. Well, this was a couple hour type deal. Not complicated AT ALL, yet still so fun.

I made up some Mickey Oreo Pops. I've seen these made dipped totally in chocolate, like here, but, I decided to go the simple route.

Melt a few of the candies, dip a lollipop stick in it, then insert into Oreo. Then, dip 2 of the unmelted wafer into the chocolate, then into the top of the Oreo to look like Mickey ears. 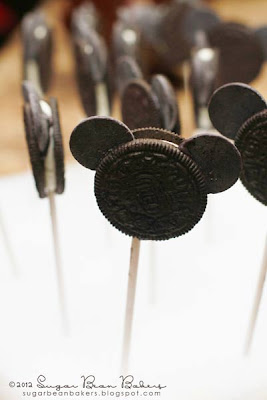 Quick, easy, and so cute.

I found some Mickey Mouse Peeps at Walgreens. They are in the Christmas Candy section.

I also made some Filigree Mickeys just by melting some chocolate and piping it out into the shape. 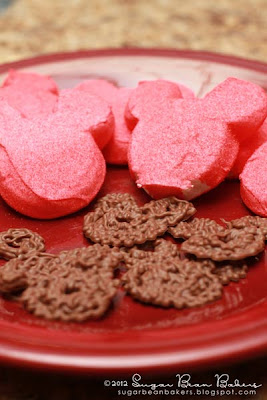 I wrote names of Disney characters onto cups. Everyone picked a cup (I held them so they couldn't see the names on them). I'm quite happy to tell you that the Bean was Cinderella. Yeah, that happened. Here my niece holds her Maleficent cup. 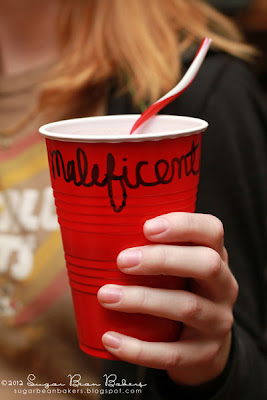 I found the fun straws in the Christmas section of my grocery store. 12 for $1.

We then played my super old Disney Trivia game. The most recent movie in it was Beauty and the Beast. L.O.L. It was still fun. Some questions were super easy, and some were so, so hard. Movies we'd never heard of, soundtrack questions, etc! 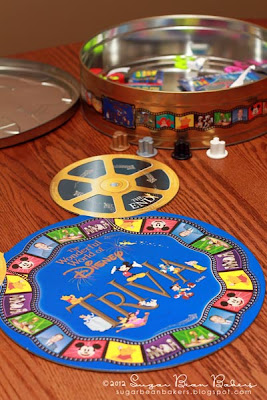 Early this year, my friend Stephanie told us about this game. We've now deemed it "Visual Telephone" , and it is seriously the most fun ever.

If you have 8 people, you cut paper into stacks of 8 (if you have 5, stacks of 5 papers, etc). Each person gets a stack of 8 papers. The first person writes a word, passes the paper to the left,  the next person looks at it, moves it to the back, and tries to draw it, passes to the the left. The next person looks at the drawing, moves the paper to the back of the stack, and then tries to guess what that drawing is and writes it down, then...passes it to the left.  The following person then draws what that person wrote, repeat process until the original is back to the original author. It is so funny. Sometimes they stay the same, like Jack Skellington and Pinocchio did for us last night, but usually, you'll end up with craziness. Don't worry if you cannot draw, that makes it even more fun.

Last night all of the drawings had to be Disney themed. Please excuse my wonderful writing in the first photo. It says 'bad llama' (Emperor's New Groove).

This one was all going well until the Bean drew the dinosaur looking llama. 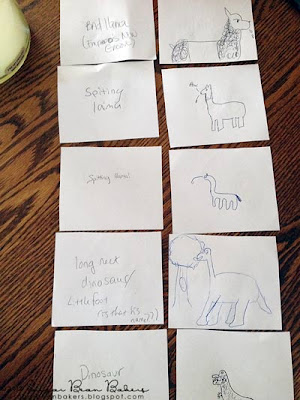 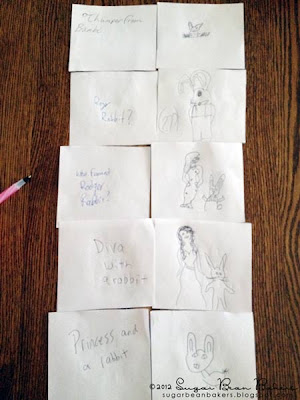 Sleeping Beauty becomes Shrek (not Disney, for the record, haha) 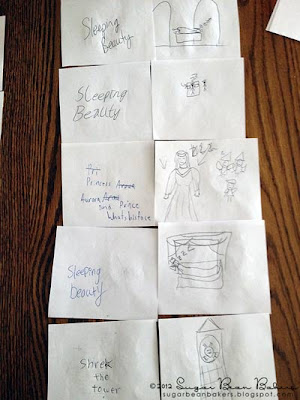 When I say it's time to play this game every month, I get cheers. You should definitely try it with friends and family. It works best in groups of 5 and over though.

So, that's it. My Disney party.

There were Disney shirts, Mickey Ears, and Mickey Fingernails (mine) 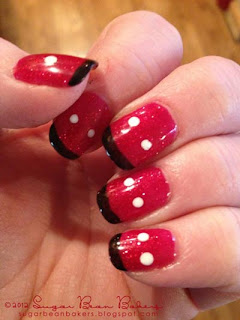 I had planned on making super cute Mickey cupcakes like my friend Darla made, but I didn't get them done. Next time!

It may have been super quick with barely any planning, but it was a ton of fun!