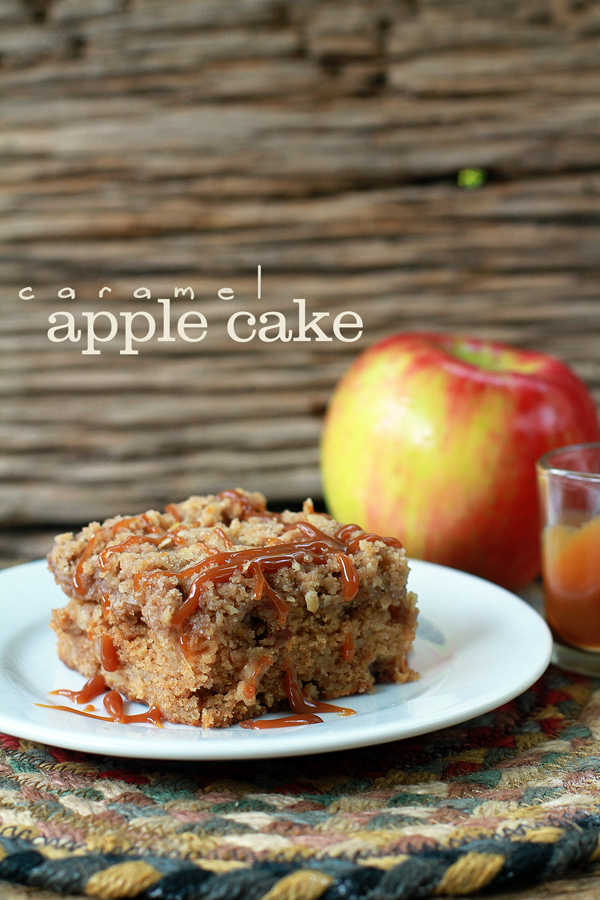 I think you all should know that today is Hermione Jean Granger's birthday, BUT, I promised not to talk about Harry Potter for a while, so, I did NOT just tell you that. (However, I WILL tell you that Darla has some aweeeeeesome cuppies made for our favorite smartypant's birthday. Oh, and there are also these that I made for her a while back!).

I've been following the production of what promises to be an amazing movie (no, not the new Potter universe film). The movie is called The Fault in Our Stars and is based on the best selling book of the same title by John Green. If you didn't already know, I'm a Nerdfighter and rabid fan of John Green. For reference, or to figure out what the heck a Nerdfighter is, see my post here.

Finally watching one of John's movies head to the screen (Looking for Alaska, An Abundance of Katherines, and Paper Towns were all optioned by movie companies, but never made) is pretty exciting. John has been on set and keeps posting videos and photos. It's all so much fun to see come to life.

The Fault in Our Stars has been by far John's most successful book (although they have all been on the best sellers list. In fact, early this year, they were all on the best seller list at the same time). Many celebs have read TFiOS, it's been in magazines, and John's even been on the Late, Late Show with Craig Ferguson.

So, it's pretty popular. It's also going to be an AMAZING movie and I can't wait. I wasn't too excited about the actress cast as Hazel Grace, but, meh, I'm giving her a chance. She WAS nominated for a Golden Globe, so I guess the bad acting on the "teen" show was due to poor writing!

I'm totally over here in my corner having a hipster moment. You know, I liked John Green before it was cool, I read TFiOS before it was the big time. Yeah, I'm cool like that.

What does this have to do with the cake I made?

However, read the book. You'll need cake after. I promise. 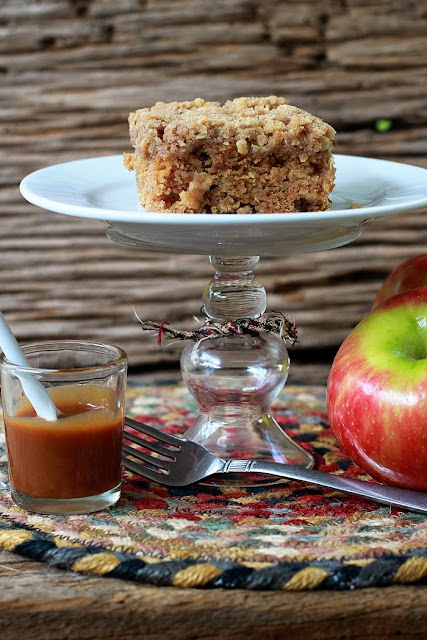 This cake is a wonderful fall recipe. It's sweet but spicy, moist and covered in a delicious streusel. It's great for dessert or for breakfast. 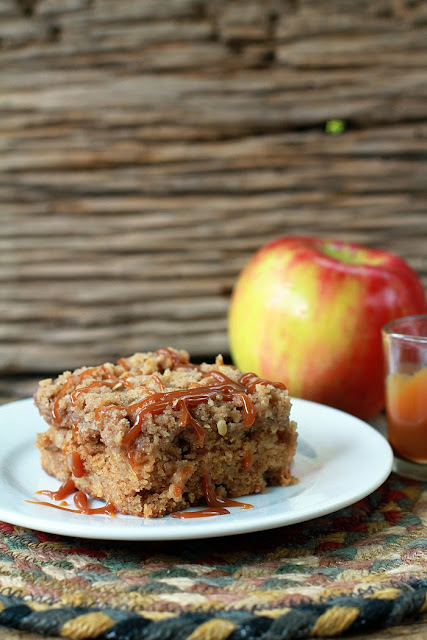 Drizzle with a bit of caramel topping to make it even more delicious. 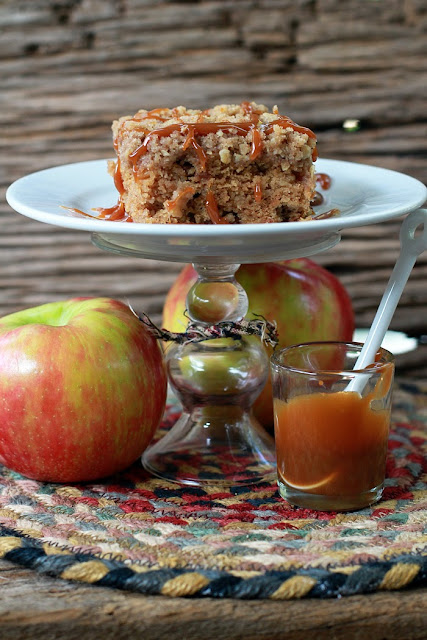 Hello, my lovely Fall treat. I've missed you and your friends so. 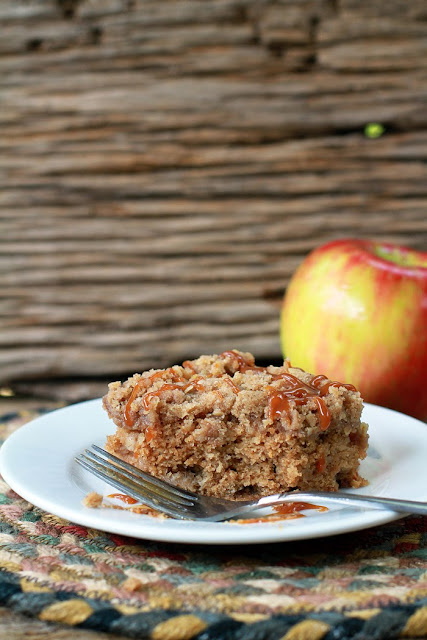 And as they say in my hometown, don't forget to be awesome,
Tina

For Cake:
Beat together melted butter, egg, and brown sugar until fluffy. Add in caramel topping. After incorporated mix in dry ingredients. Finally, fold in apples. Pour into prepared pan.

For Topping:
In a mixing bowl, cut the cold butter into the dry ingredients until it resembles peas. Sprinkle over prepared cake.

Bake for 35 minutes or until toothpick inserted in center comes out clean.