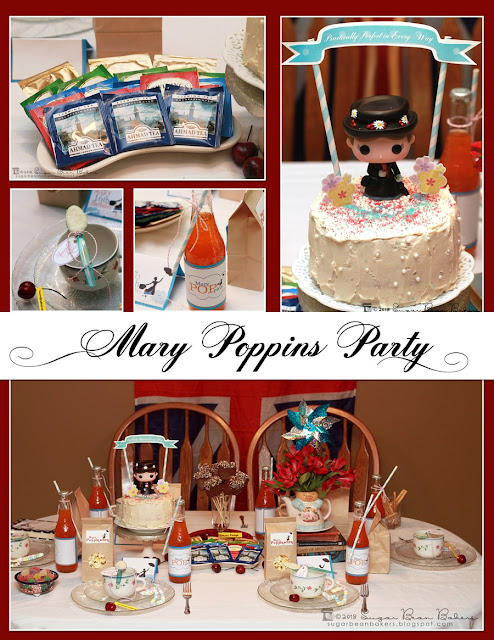 Bean's girlfriend turned 16 yesterday. He came to me a few weeks back with the idea of having a surprise birthday party for her. Well, you know me... I like a good party.

She's into a lot of geeky things like we are: Harry Potter, Doctor Who, The Hunger Games, etc, etc... However, one thing that she loves is a little different. It's Mary Poppins. She loves Mary Poppins so much that she even changed her name in Bean's cell phone contacts to just that. Now every time she texts him "Mary Poppins" pops up on screen.

So, the idea of a Mary Poppins idea came to mind. I thought it would be unique and fun, and undeniably her.

I set to work and ended up what I think turned out to be a fun little party. I just invited my nieces & my niece's boyfriend, all of which are the Girl's friends. And.. myself, of course. 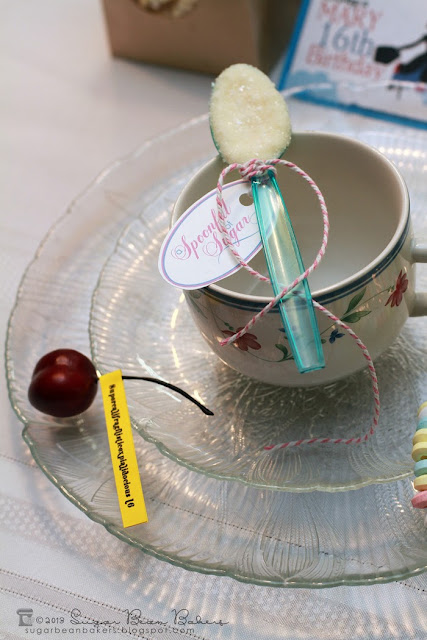 I started, of course, with the idea of a Spoonful of Sugar. This was super easy, just white chocolate sprinkled with regular white sugar. I added a little tag. Easy peasy.

I also found some cherries in the craft section, I thought they'd be super fun. Just a little souvenir. 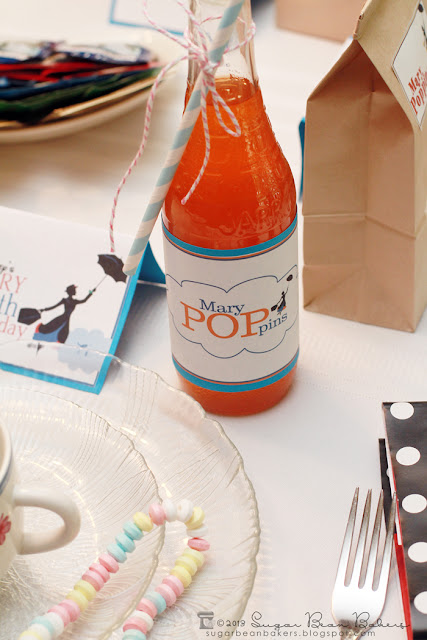 I made labels for soda in glass bottles. Mary POPpins. Around these parts, we call it pop, however, it would be just as cute if it said Mary soda POPpins. To make these, I simply measured the bottle, then created them in photoshop. I printed them out, glued them on a blue cardstock and taped them to the bottles.

I found the graphic of Mary on the internet.  I believe it's from the Broadway show.
This was not for profit. Don't sue me, please.

I threw some candy necklaces on the place settings as well. Not sure why, they just seemed Mary to me. 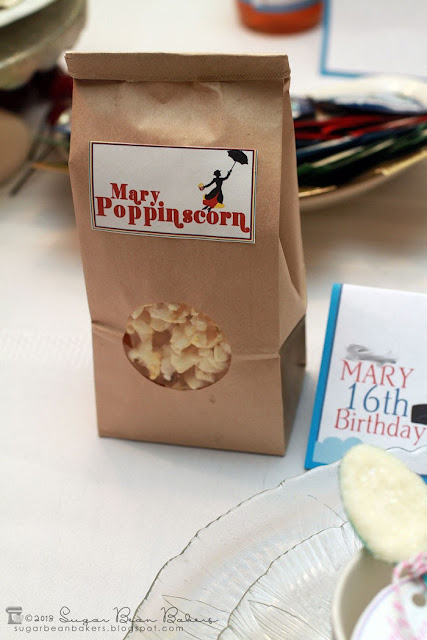 I popped up some Mary Poppinscorn. 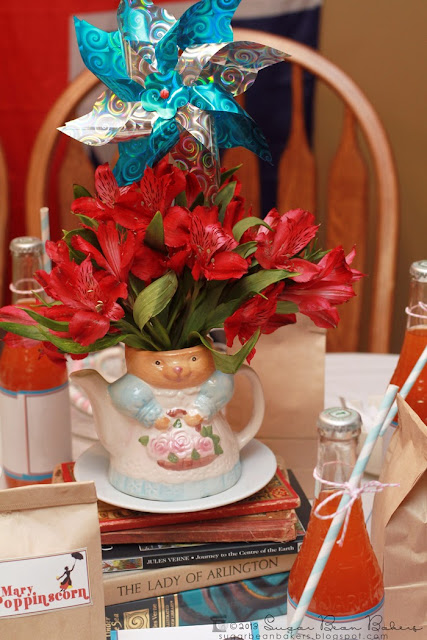 flowers, whirlagigs, and books for the table. 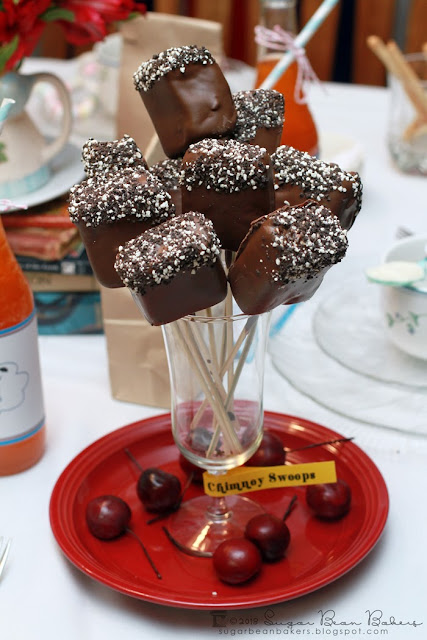 Square marshmallows on skewers, dipped in chocolate and then topped with cookies and cream sprinkles for Chimney Sweeps 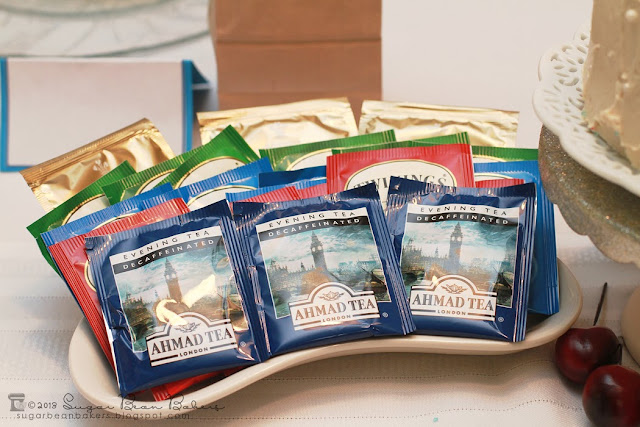 We had a "proper British tea", of course!

I had several selections of British tea for them to choose from. 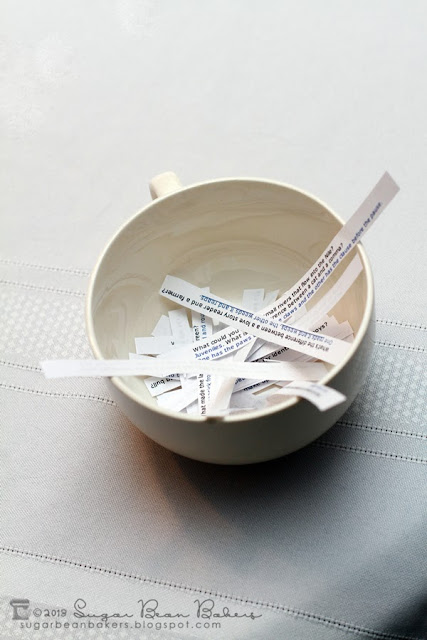 At one point in the movie, they laugh so hard that they have tea on the ceiling. My friend Joyce reminded me of this. Bean found a bunch of silly jokes on the internet that he printed and cut. While waiting for the food to be ready, we passed the cup around and all drew jokes and read them aloud. 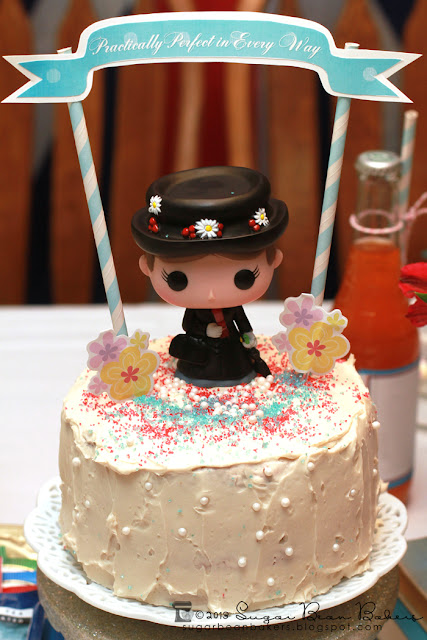 and here's the cake! It was just a 6" cake, 3 layers. White with maple buttercream.

I topped it with a banner I printed out which read "practically perfect in every way". I glued the banner to 2 stripey straws. The best decoration on the cake was not that, or the sugar pearls, or the sanding sugar, or the little flower cupcake toppers, it was the Funko Pop Mary Poppins I bought.
I LOVE Funko Pop. I only own 6 at this time (The Avengers, Dumbo, and The Little Mermaid), but my wish list for them is about 300 miles long. They are sooooo cute. Even though I'm not a huge Mary Poppins fan, I really wanted to keep her. I didn't though. I gave her to the birthday girl. Most reluctantly. 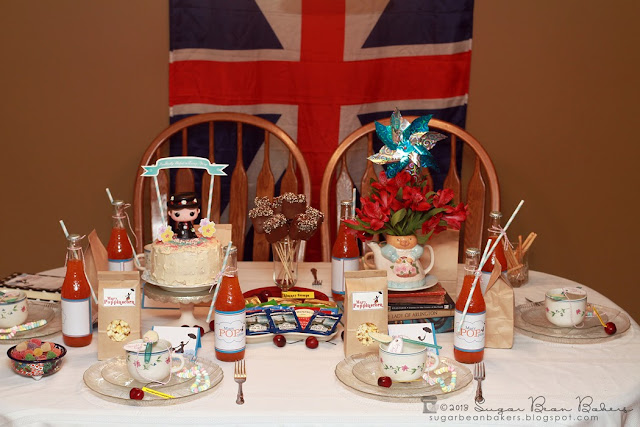 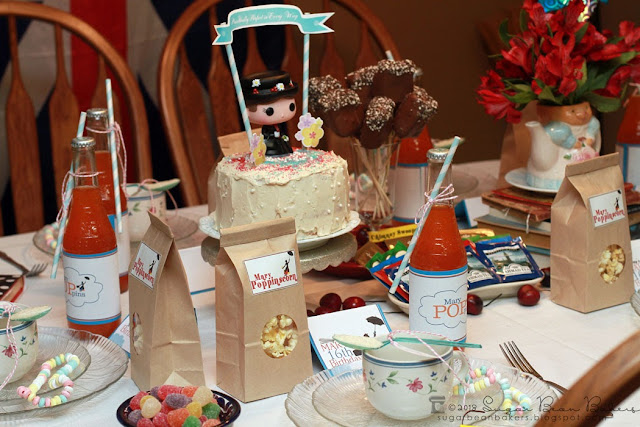 I know most American's probably don't, but Bean has flags from different countries/eras in his room. He's got around 7 of them. 2 are even the curtains. He happens to have the British Union flag, so, that was perfect to use.

I also purchased a hardback copy of the Mary Poppins book. We all wrote in it as a guest book from the event.

After we told jokes, ate, had cake, and watched present opening, we simply went and watched the movie (while eating the Mary Poppinscorn).

That was it, but it was super cute, a lot of fun, and the Girl LOVED it. She was so surprised!

We lured her here, dressed up as Mary Poppins on the pretense that I was doing a themed photoshoot of her as Mary & Bean as Bert.

She and her mom did the best job finding the outfit at thrift shops. 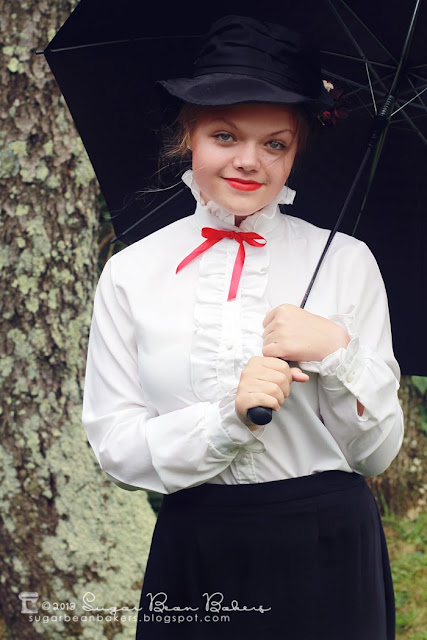 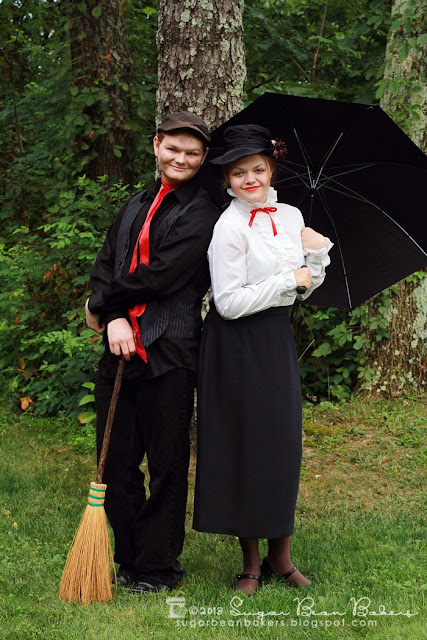 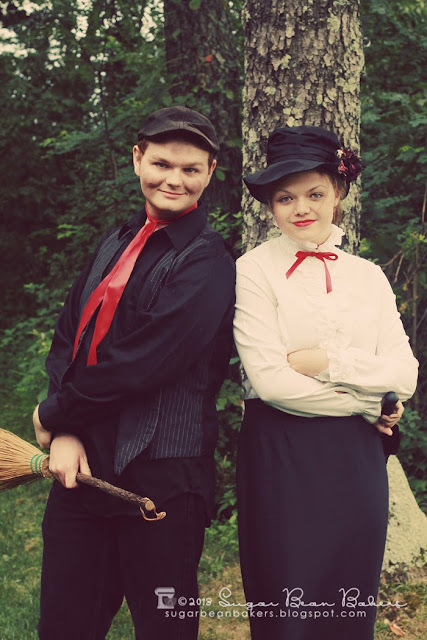 A little vintage Mary Poppins action on this one :)

So, there you have it.

Yes, I know I've posted a lot of them lately, I'm a partying fool.

Too much party? NEVAH!